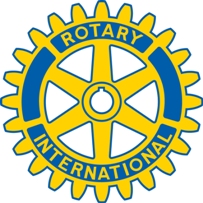 In the mid 1960’s, Rotary Club of Orlando (RCO) began an international service project to build an orphanage in Vietnam.  The effort was so large that it expanded to become a District project.  The raising and dispensing funds came to completion during the club presidency of Dr. Byron Thames, RCO President 1967-68, who next month celebrates 60 years as a member of RCO.

That same year Luther H. Hodges, former governor of North Carolina and former head of Marshall Field’s Department Stores chain, began his year as President of Rotary International (RI).  President Hodges slogan for the year was “Make your Rotary membership more effective” and suggested four ways: (1) Get personally involved in Rotary, (2) Exercise leadership by being successful in your business or profession, (3) Be loyal to your community and nation and serve them whenever possible, and (4) Keep informed and develop an understanding of the problems of people of other nations.   Past RI President Hodges suggestions remain appropriate for today’s Rotarians.