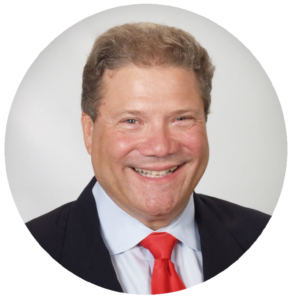 Howard Stephen Berg is recognized as the world’s fastest reader thanks to the cutting edge accelerated learning techniques he developed that turn information overload into information assets. Respected internationally for his contribution to the learning process, he is listed in the 1990 Guinness Book of World Records for reading more than 25,000 words a minute and writing more than 100 words a minute.   Howard uses his talents to train you on how to stay on top of the information your success depends upon.

Howard is a graduate of S.U.N.Y., Binghamton where he majored in Biology and then completed a four-year Psychology program in one year. His graduate studies at several New York City colleges focused on the Psychology of reading.

Howard is the spokesperson for the SONY E-Reader along with Justin Timberlake, Peyton Manning, and Amy Sedaris.  He is also a featured guest on Fox News, and Fox Business News with Neil Cavuto.  He launched the 4G network for Optus, the second largest phone company in Australia.

Howard has appeared on over 1,100 radio and television programs including Neil Cavuto, Jon Stewart, and Live With Regis.   His brain-based learning strategies have been hailed as a major breakthrough in publications like Forbe’s FYI, Selling, Men’s Health, Red Book, and Bottom Line Magazine, and have been featured in dozens of newspaper interviews throughout North America.

Howard has created more than 14 other accelerated learning programs including speed math, and memory.   Berg’s Time-Warner book, “Super Reading Secrets,” is in its 28th reprint, and Barrons books requested him to write a text for students.  Howard’s Nightingale-Conant program, “Mega Speed Reading,” grossed over $65,000,000, and established him as a leader in brain-based learning.  He is mentioned in a number of books as a leading expert on brain based learning, and has been honored by over 9 books that track outstanding professional performance including, “Who’s Who Among Emerging Leaders, and 2,000 Notable American Men”.