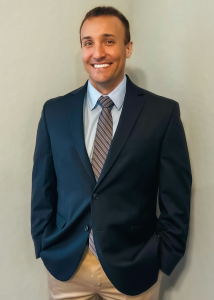 His first assignment was as Commander of a Corp Infantry Platoon, and he served in the Middle East in 2006-07. From 2008-10 he was assigned to the School of Infantry East at Camp Lejeune, NC.  He was then deployed to Afghanistan in 2010-11, earning The Bronze Star and the Army Commendation Medal. Upon return, he was assigned to the Expeditionary Warfare School at Quantico, VA.

On Aug. 26, 2021, he spoke out against the withdrawal from Afghanistan. “I was thrust into the media when I posted a video on Facebook and LinkedIn from my office as a Battalion Commander. Wearing my uniform, I identified myself in the video with rank and title and then proceeded to criticize the decisions of my senior military and political leaders. A series of escalating events occurred following the release of the video between myself and the Marine Corps, which resulted in my imprisonment, court-martial, and resignation.”

In October 2021, as part of a plea deal with the Marine Corps, Scheller pleaded guilty at a special court-martial to violating Article 88 (contempt toward officials), Article 89 (disrespect toward superior commissioned officers), Article 90 (willfully disobeying a superior commissioned officer), Article 92 (dereliction in the performance of duties), Article 92 (failure to obey an order or regulation) and 27 specifications of Article 133 (conduct unbecoming an officer and a gentleman).

Note: Portions of this article have been taken from The Marine Times Mar, 7, 2022