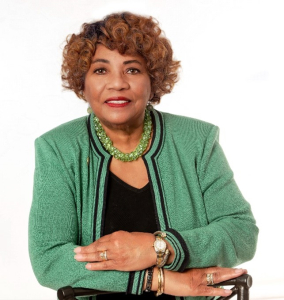 After receiving an undergraduate degree from the University of Miami in 1970 and a Master of Science Degree from Florida State University in 1973, Geraldine F. Thompson served for six years as an Orange County Public Schools teacher. She later served for 24 years as an administrator at Valencia Community College where she established the College Reach Out Program, which enabled thousands of low-income and disadvantaged students to fulfill their dream of going to college.

Rep. Thompson also developed a reputation as a respected historian for compiling the history of African Americans in Central Florida and authoring the book “Black America: Orlando, Florida”. She led the campaign to preserve one of Orlando’s unique landmarks, the Wells’Built Hotel, which, during the days of segregation, provided lodging to some of America’s most prominent citizens, including Justice Thurgood Marshall. Today that landmark is known as the Wells’Built Museum of African American History and Culture.

She previously served in the Florida House of Representatives from 2006 until 2012. She was elected to the Florida Senate in 2012 and served until 2016. Significant legislation which she initiated and saw passed included bills to exonerate the Groveland Four, provide compensation to James Joseph Richardson, who was wrongfully incarcerated for 22 years, and outlaw discrimination against pregnant women in the workplace.

Geraldine F. Thompson was born in New Orleans, Louisiana, and grew up in the South Dade town of Perrine, Florida, where members of her family worked in agriculture and construction. She is married to the Honorable Emerson R. Thompson, Jr. She is the mother of three children (Laurise, Emerson III, and Elizabeth) and the proud grandmother of four. She enjoys reading and traveling.